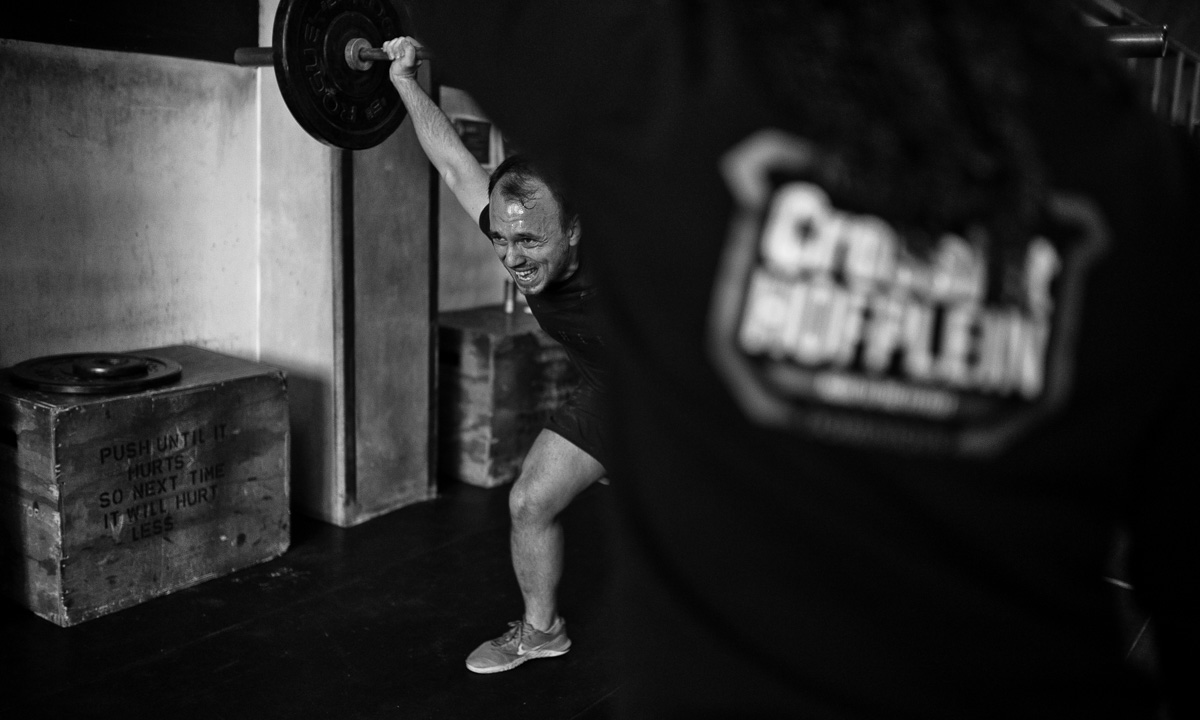 31 Oct The Fear of Failure

Posted at 10:59h in Lifestyle by crossfithofplein

The eternal competition with yourself!

We crossfitters are actually a very special species. We are extremely competitive, turn our box into a second living room and bombard our CrossFit buddies into best friends, soul mates even. Yet we often don’t like team sports.

I also belong to that category. The sports that I do besides CrossFit are all individual sports; running, cycling, yoga. I have never really understood the fun of a team sport. This is partly due to the obligation of fixed moments; training every Monday and compulsory competitions at the weekend. Pffff. But I have an even bigger objection. A team is only as weak as its weakest player. Very annoying if that is someone else, but completely insurmountable if that is you yourself. No, let me fight alone then.

But is that really the case? Because that brings me to the topic of this blog: the fear of not being the best. A fear that is certainly not unknown to many. Because training for competitions is one thing. But the fact that all that training leads to actually participating in a competition – out in the open – gives me clammy hands. What if you fail?

All that training with Sander over the past 1.5 months is paying off. But there are still so many parts that I do not fully master, so many parts that need heavier weights to get to RX (competition) level, so many ‘goats’ to tackle. But actually, that is not the biggest problem. What really bothered me is myself.

The eternal competition with yourself, is that the fate of the crossfitter? Never being satisfied and always wanting, having to do more from yourself. For top athletes, only first place counts, but a crossfitter will often have to be satisfied with 34th place in a national ranking. Who do you measure yourself with? With former top athletes, people who are years younger or many times fitter? Depressing. And unnecessary. Actually, you mainly do it for yourself. Every match is a test and only shows you in which areas you can improve even further.

So much for positive psychology. The harsh reality is that I have thrown myself in the deep end. Cold Turkey. Someday must be the first time. Did I not train correctly for competitions?

So, I signed up for the Masters Throwdown Series last week, open from age 35. The handstand push up is still far from mastered, for the pistol my Achilles tendon seems to be genetically short, due to the lack of a rope in our box a rope ascent is completely foreign to me. And there are still a few exercises that I know more by name than by execution. But the apologies are now officially gone. The WOD’s of the Throwdown will be announced in a few hours. Between 21 and 27 May I have to submit my WOD on video to compete for a place in an international ranking.

I’ll keep it quiet for a while. Well, you know now, but you probably won’t tell. However? In the meantime, I practice another horrible HSPU. Coach Sander remains patient. He’s more confident than I am. Just like a good coach should have….

Support Crossfit hofplein
× How can I help you?